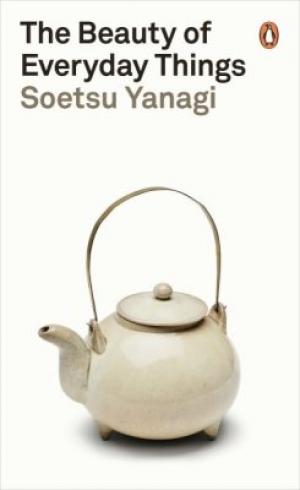 The Japanese philosopher and aesthete's definitive, hugely influential exposition of his philosophy of folkcrafts, setting out the hallmarks of Japanese design as we know it today - anonymity, quality, simplicity and honesty - and, of course, wabi-sabi, the beauty of imperfection.

The daily lives of ordinary people are replete with objects, common things used in commonplace settings. These objects are our constant companions in life. As such, writes Soetsu Yanagi, they should be made with care and built to last, treated with respect and even affection. They should be natural and simple, sturdy and safe - the aesthetic result of wholeheartedly fulfilling utilitarian needs. They should, in short, be things of beauty.

In an age of feeble and ugly machine-made things, these essays call for us to deepen and transform our relationship with the objects that surround us. Inspired by the work of the simple, humble craftsmen Yanagi encountered during his lifelong travels through Japan and Korea, they are an earnest defence of modest, honest, handcrafted things - from traditional teacups to jars to cloth and paper. Objects like these exemplify the enduring appeal of simplicity and function- the beauty of everyday things.

Soetsu Yanagi (1889 - 1961) was a philosopher, art historian, aesthete and poet. He evolved a theory of why certain objects made by unknown craftsmen were so beautiful, and became the founding father of the Japanese folk crafts ('mingei') movement. He helped establish, and was the first director of, the Japanese Folk Crafts Museum.